Performance has been the mode of effective communication, expression, entertainment and creative response since the dawn of human civilization. Still, it is to our wonder that the gender specificity of this very topic “Women in Performance” makes sense in 2020 AD. Ironically, as the civilizations have progressed, the gender specific restrictions occupy the space for free expressions in many forms. Women were not only shamed or banned to participate in performance as ‘performers’ or even ‘audiences’ over centuries, but the representation of women has been very specific in the content and in manifestation which still has its prevalence in performance.

After the prominent feminist movements through twentieth and twenty first century, while reclaiming social and legal space for agency in life, education, individuality, sexuality, against gender specified violation and crimes et al; women and other genders have taken prominent place in the world of performances, not to support the narratives of the patriarchal normative, but to speak up the knowledge, experience in their own expression giving the whole a very new perspective to look from.

In 2020, where does India stand with the very topic theme ‘Women in Performance’! The impact of the journey that the gender identity made through history, how that legacy gets carried forward through current practices! What impact does it make in form of expressions, narratives, language, business or on the audiences/ spectators! As a research and development centre for art, Kolkata Centre for Creativity aims to open up such discourses in the first annual conference on Performing Arts, named Performing Performance 2020. Theme of this year is “Women in Performance”.

The discussion is broadly divided into two subthemes

With multiple cultural variables existing in a neo-liberal post-postmodern time, the annual conference of KCC aims to open up a space for exchange of thoughts, researches, experiments and practices regarding gender identity, politics of body, performativity of body, evolution of language, agency and gaze along with the economic aspects related with performances of, about, by and for women, historically and in contemporary context. Invited Scholars and Practitioners will present their works about those subthemes. 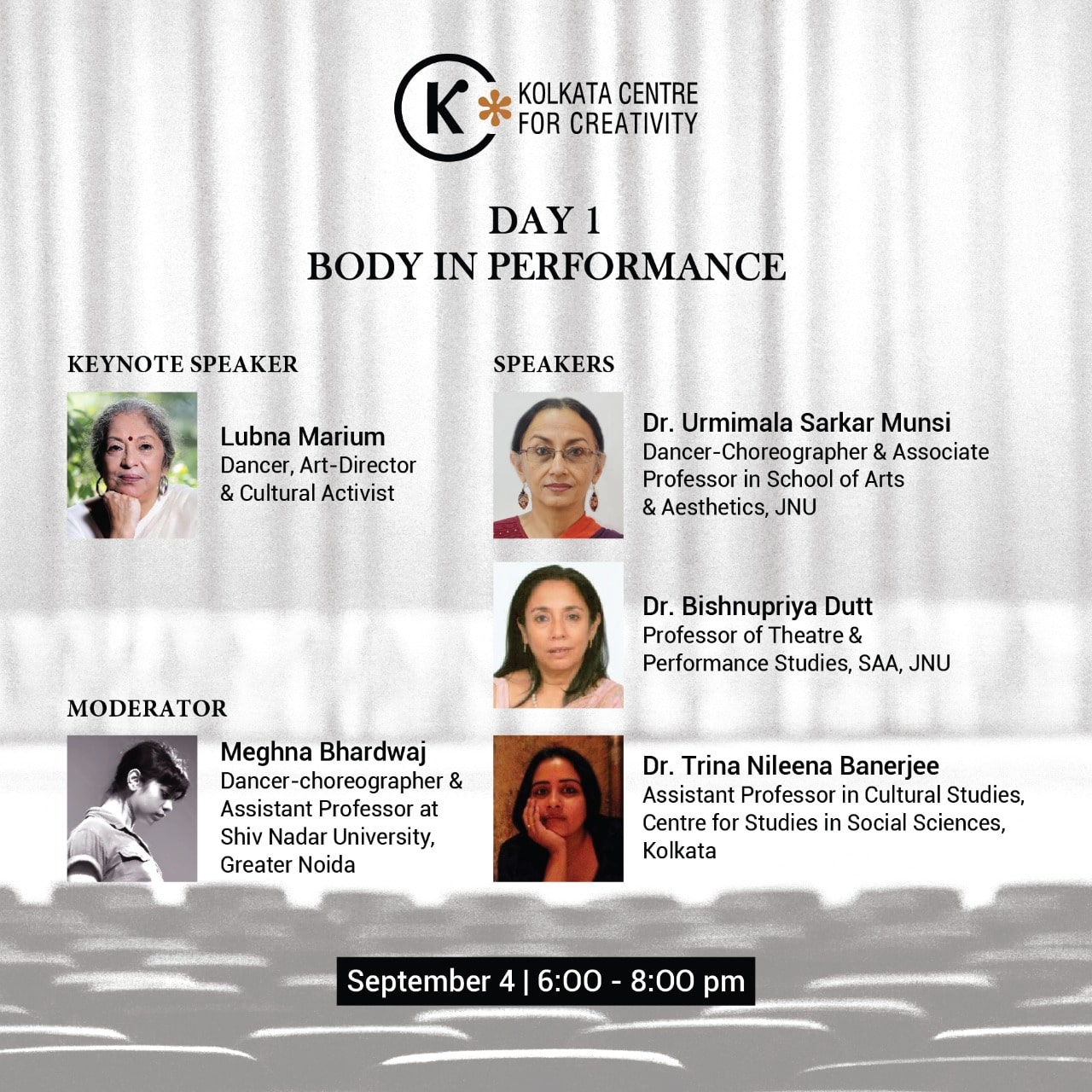 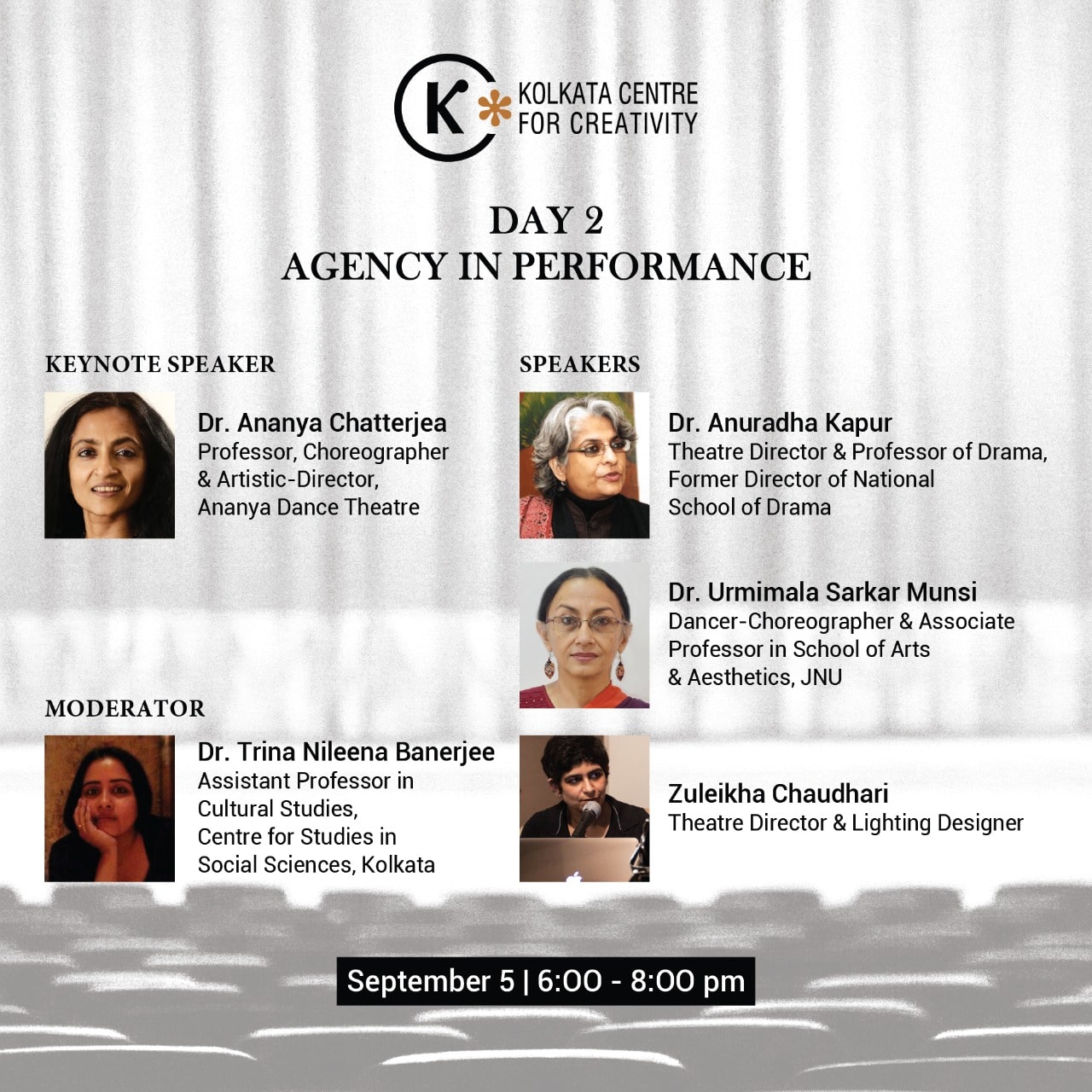